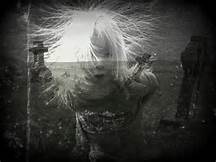 Imagine growing up in an environment where you don’t really exist. Most of the time no one sees you, hears you, or even thinks of you and your basic needs. You don’t exist, but you do.

You know you exist because you can see them. Sometimes they sound muffled, sometimes you are drifting away, but you know you are there. You can feel some things like hunger, pain, and fear. You have to be real to feel those things. But most of the time the world acts as if you don’t exist, unless it is one of those times when the people want something from you.

As an adult, I am always fearful when someone asks me a basic question about my childhood. I am afraid my secret will be exposed. My secret that the things I could discuss with a regular inquiring human don’t exist for me. I don’t remember the normal happenings of any given day from my childhood, though I am sure I must have had some. I only have memories of the bad, or the quiet moments when it seemed like the world stopped and I was just walking around in it alone.

I don’t tell people that I can only remember 3 memories of Kindergarten, and have no memory of 1st through 6th grade, except for a few traumatic memories that involved school.

Now that I know I have DID, I suppose the logical explanation is that those memories are stored somewhere in my brain as experiences of another part of me. I try and try to remember, but I can’t. It is hard to make sense of things when you don’t have complete memories.

There is this really shitty group out there called the False Memory Foundation. They would dismiss all my memories because of the significant gaps in memory I do have. They like to say people with DID are faking it because they are trying to avoid responsibility for a crime, or perhaps the fake DID person just wants attention. We won’t go into their motives for saying that here.

I am not avoiding responsibility for a crime, and I certainly don’t need attention, especially of this nature. There were times when I denied it was real, but there is just too much that meets the criteria for Dissociative Identity Disorder that I experience.

I have distinctly different parts who have distinct personalities, cognitive functioning, and beliefs about the world. They have different names, genders, sexual orientations, ages, bodies, and so much more. Though we experience ourselves as separate people, we do know there is only one body that we all share. We just don’t all agree on what the body looks like. Younger parts actually see small bodies when they look at our body.

Almost all of us experience terrible amnesia that affects us just about every day. We have learned techniques to hide it, but anyone who has any insight into this disorder would easily spot it with a few questions. I tried to write it off as dementia at one point, but then that doesn’t explain the parts who have very good memories and can recall all sorts of details I would never be able to recall.

My DID helped me survive horrific abuse, neglect, constant exposure to violence and alcohol/drugs, and mind control. By the time I reached 7th grade, my DID seemed to settle down some and I remembered more of my life from that point on, but definitely still experiencing periods of amnesia.

My parents decided for reasons I will probably never know to move to another state and start the family over in 7th grade. We became this new fake family that just tried to blend in with the rest. For the most part we did, considering so much was still going on.

I was still being raped by a family member during that period, but that seemed tolerable compared to my younger years.

Though I never mattered much to my family of origin, my life did become a little more normalized despite the ongoing abuse, violence, police interventions, drug dealing, suicide attempts and prostitution that still went on in our family.

Though I had friends my entire life, I have always felt alone because of the disconnect between my fake world and real world. I was taught early on that the real world I lived in was never to be discussed with anyone. And it wasn’t until recently.

So, I have always sort of felt like this ghost person, one who was there and at times interacting quite normally in the world, but one who had no real identity and no connection to anyone, except maybe my pets. It is hard to explain. Some of my friends would describe me as quite social, but that is because I have parts of me who can do that without being our authentic selves. When you can’t be authentic, it is like you are not really there, but just playing a part of what we think a “normal” person would do in those situations.

Sadly, I have been disconnected from other people my entire life. My children are probably my closest connections, but even then it doesn’t feel 100% connected or authentic.

I have always known I was abused and neglected, but I used all my energy to push that away from my everyday thinking. The memories stayed everyday, but the feelings and thoughts about them stayed far away until my Senior year of college.

And that began the official deconstruction of my life.