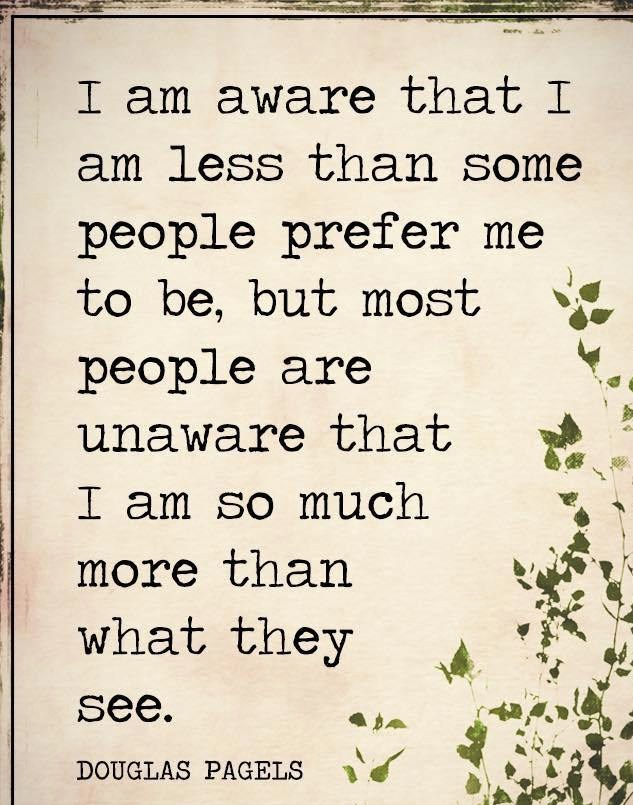 It is April 2017. I do not know the exact date because as a person with Dissociative Identity Disorder (DID), I am particularly bad with remembering dates. On good days, I get the month and year correct. This is a good day.

It is challenging to begin a blog about your life when you struggle with amnesia to the degree I do. I would like to start with my childhood, so you know how I got to where I am, but I truly don’t know if I know enough to start from that place. Maybe I should talk more about today— how I am today. Who I am today. What my days are like, or something in that neighborhood.

I think I am what is called the host in this female body. Since I can’t remember much of my childhood, it is hard to know that with certainty. But, if it is true, it means I am the one who was originally born into this body. The one who was born into a horrific existence and needed saving by the creation of other insiders in multiple systems in my brain. I realize that statement is probably confusing to those who aren’t DID. I will try to explain things the best I can as we go.

I am not sure how many other “insiders” live within me—-for me, that refers to the other people who live inside me. Therapist hate when I say that because they say of course you can’t have all those people living in you. I know we only have one body, but I want you to know my experience. As of now, I feel like these other parts/alters/insiders are like other people living within me. I am not psychotic and believe they are actual people in my body, but then again maybe it is psychotic to believe in feeling the experience of having other people live in your body. I realize that sounds fairly confusing, so let’s leave that alone for now.

My life is not so great now. I am currently sitting in a closet hoping to have privacy and peace so I can write this blog. This blog has a threefold purpose: 1. to educate people about what it is like to live with DID. 2. to provide information and support to those who might be struggling with DID. 3. and selfishly, a way to work on my own recovery. Yes, I do still believe in recovery. I read somewhere recently if you have no hope, there is no point to living. Today, even with all the struggles and setbacks I have, I still have hope. That may change tomorrow.

My life is not very dramatic by appearances, so you wouldn’t know I had DID if we just casually met. In fact, almost everyone in my life from neighbors and friends to coworkers I have known for years have no idea. It is lonely leading this secret and inauthentic life, but the stigma that goes with DID is so severe that it is too much of a risk to my family in many ways that I am sure I will talk about often on this blog.

Lots of insiders pass themselves off as me (meaning people think they are talking to me, and that I am just in a different mood), and that works well for my life. My therapist, one friend, and my spouse are the only ones who truly know much about me. Sadly, my therapist knows me better than anyone. I think it is sad. I don’t mean to be this way, but it is what it is for now. One day I hope to be able to tell the world who I am.

When I am doing ok, I am intelligent, passionate, resourceful, funny, and a good person. By some miracle, my childhood and the resulting mental health problems, didn’t take away my ability to be a good parent. This much I know and it keeps me alive on many bad days. My children do not know about the DID or the child abuse because they are still young.

One thing you may read from me on this blog is contradictory thoughts. This is something I deal with on a regular basis, and it doesn’t make things easy for me on most days. As I always try to inform people no 2 people with DID will be identical. We all created this condition somehow with only a child’s mind. Some people with DID have nice orderly DID systems where everyone has a name, age, role, and decisions are clearly made by certain insiders. That is not my system. Mine is more confusing. Sometimes it is higher functioning than those with nice and neat systems, but I have a system of insiders who operate from confusion and chaos on a daily basis which makes life that much harder. For example, sometimes we may get in the car and change directions of where we are going several times because different insiders have different ideas about where we should be going. And sometimes we just pull into a parking lot and sit there for hours doing nothing because we don’t know where we are going.

Oh yeah, you will here me or others in my system refer to us as “we” a lot in our writings. Just know we are talking about the whole system when we use the term “we.”

I realize this first entry is scattered, but I think scattered is ok because it is getting me started on this new journey.

I want you to know a few things:

DID is real. It is probably the most under-diagnosed disorder despite its official status in the Diagnostic and Statistical Manual of Mental Disorders (DSM V). Most medical and mental health practitioners either don’t believe in the diagnosis or they have not been properly trained to recognize it when it is right in front of them.

DID will typically not be the only diagnosis the person has. You can expect Post Traumatic Stress Disorder to go along with it, and also conditions related to depression, anxiety, personality disorders, and definitely attachment disorders. It is fairly common for a person with DID to have issues with substance abuse, especially if they are trying to medicate the symptoms they are experiencing. I have also found that Bipolar is now often diagnosed with DID, but if you ask me, Bipolar has become the new ADHD as far as being incorrectly way over-diagnosed. Just my 2 cents. A lot of these disorders overlap, and hopefully the next DSM will better categorize these diagnoses.

I hate the organization calling itself the False Memory Foundation. As far as I am concerned, many of them are perpetrators or no better than perpetrators for the damage they have done to many people who both suffer from dissociative disorders and for those who used to treat those with this very difficult disorder. Though they are weak today, I blame them for the huge lack of resources available to people with dissociative disorders. I blame them for the majority of mental health practitioners who were not taught anything about DID, or only had a paragraph in their textbook about DID.

DID is not what you see in the movies or television because as fascinating as some things are about this disorder, it is just not entertaining enough to keep you interested so that you can make someone a bunch of money in the entertainment industry. The recent movie “Split” which I have not seen out of principal, but know enough about it to say that is a completely unrealistic portrayal of someone with DID. I have met somewhere between hundreds to thousands of people with DID, and I have never once met one who was violent in some sort of criminal way. I am sure it is possible, but it is just not something I have seen, and I have seen a lot. In fact, it is commonly known that people with DID will often sacrifice themselves to help others. We were not raised to put ourselves first.

I will only tell the truth, but it is my truth. Whether you believe me or not is not important to me. I know many would not believe the story of my life, and the results I have been living with, but that’s ok. I really don’t care.

A person can only develop DID if they experience horrific trauma as a child. This could mean children who are living in countries where bombs are going off on a regular basis, but I have never seen that in person, but it makes sense to me that it is possible. The most common cause of DID I am familiar with is a result of horrific child abuse, usually starting much earlier than the age of 9. As far as I know, there has never been a case of DID as a result of adult abuse.